So we've been having some trouble with the Land Rover.

So this is probably going to end up as a bit of a rant, so fair warning.

For many people, there is some almost mystical aura surrounding 'DIY' projects, almost as if having built it yourself is the pinnacle of human endavour. As if having the thing for the sake of having is rendered moot by having made it. Which is fine. There's a lot of things that I would like to make, not for any practical reason, but just so I can have made it. But that's where we differ (I think). There's a lot of things that I would have if I could, even if it meant buying them. Because, although there is something viscerally pleasing in having "made it meself", it's generally cheaper to buy it.

I don't mean cheaper in terms of dollars and cents paid out of pocket right now. I mean cheaper in terms of time, of stress, and these things are the trade-off of DIY. When you choose to do it yourself, you are choosing to trade your time for your money. The big expense (at least in this and most developed (are they called 'advanced'? I forget the politically correct term) countries) is labour costs. Most of your money spent on products goes towards paying the wages or salaries of the people producing it. (If you will permit me a small segue) especially in a country such as Australia, where more and more people are working in the service sector, because that's where we have a 'relative advantage'. ie. that's where we can do it better than others. The trouble is that we need more than just services to have an effective country, which is why Australia is so dependant on trade. We trade our services (and natural resources like coal and iron ore, where we also have a comparative advantage (this time for physical reasons: we actually have iron and some really quite good coal)) overseas for money, and use that money to buy the things we need, often manufactured from the very materials we send over there.

Where was I? Oh, right salaries being the cost.  So, when we DIY, if we want a similar or better result than a professional would give, we normally need to use at least the same cost in materials (there are some variations, eg. maybe you won't break as many tiles as a pro in a hurry, or maybe the tradie can get a better deal). So the only major difference is in the cost of labour, which really boils down to: do you want to earn the money at a 'real' job, to pay someone else to do it, or do you want to have a crack at it yourself, spending probably more time on it than a pro would need, but saving the money you would have spent on them. The problem is that oftentimes, the reason someone else gets paid to do it, is that is sucks to do the job. Think digging ditches. Through granite. By hand. It's not blisters that are the problem, it's the fact my arms are about to fall off. But, my time is effectively free (monetarily) as I'm currently unemployed. So that's where that equation balances out.

The other reason for doing something yourself is if there's no way to actually buy the thing you want, and this is why I want to build boats and miniature trains. For the boats, I don't know of anyone that sells a non-plastic car-topping dinghy that one man can handle, including getting it up on the car, and if they did, it would probably be prohibitively expensive, because of the time it takes to build such a thing.  For the trains, again, I don't know anyone who would build a 5" gauge 1.5" scale 4-truck Heisler for anything like the cost of the materials (again, for both examples labour is the major cost).

But the reason I find most compelling to go your own way, is in the enjoyment of the build. Now, this is a tricky subject in many hobbies, I think because people forget, or just plain don't know how to look from the other guy's perspective. And the truth of the matter is, no one opinion is right, except perhaps for the person expressing it. Some people enjoy the building much more than the using, as evidenced by the number of model train buffs who will build a new home layout every few years. Some people enjoy the having, as shown by the people who collect models, and trawl garage sales for that one find that they will give pride of place. Still others enjoy the using, and they can usually be told by the work-stained, but ultimately servicable boats that will cruise around, and rarely miss stays, but are likely to get scorned by the 'gentry' for being altogether too scruffy-looking. The key thing, though, is they all share one thing in common: they all enjoy what they're doing, and keep doing it for that sake.

So all it really boils down to is this: When choosing to buy or DIY, consider your options, your reasons and then make a descision. Just never forget, that because you want to give it a go can be a good enough reason all on it's own.

Hi all, Nathan here. I'm hopefully going to be writing some articles for this blog in the near future.

First off, I was clearing some trees in the back paddock, to make it easier to move around near the fence lines. 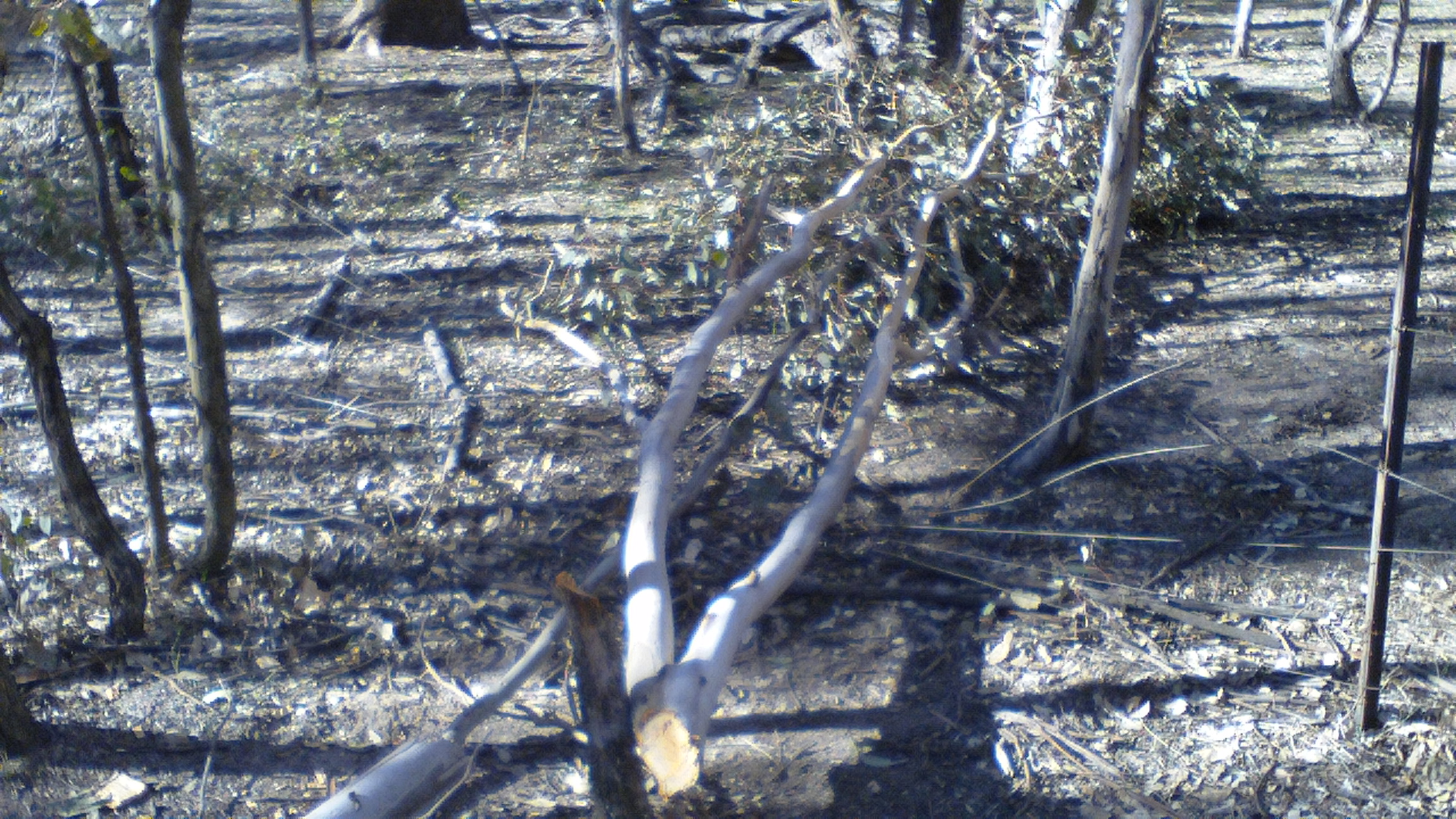 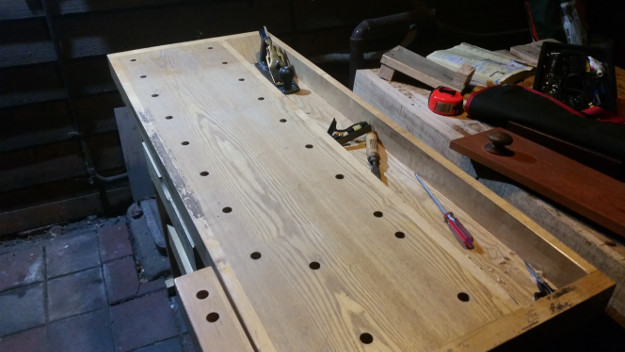 So recently I picked up a woodworking work bench from a clearance sale. This is set up basically how I wanted to get the bench I built here(Now I have a table) set up. However this bench ended up going for about what I was expecting to have to pay for the vice that is already mounted on it. 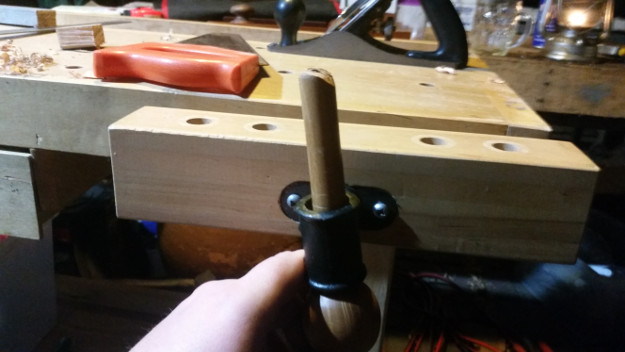 Unfortunately the handle on the vice was busted. No worries, I have a bench so I'll fix it.

This looks like a suitable piece of stock to start with. 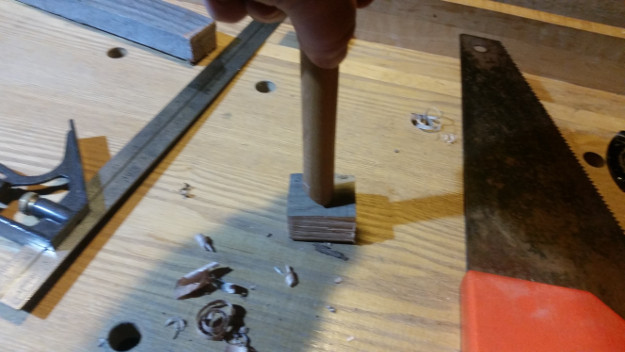 A much better length. Now how to get the end attached? I could just drive a screw or nail all the way through the block. But that's likely to split the handle with my experience. 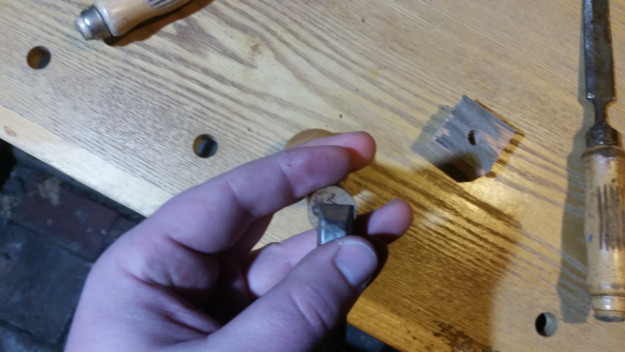 Perhaps I could chop a hole that's close enough with a chisel and glue it on. At this point I looked at the edge on that chisel and decided that there was no chance I was going to cut anything with that chisel. It ended up needing about half an hour on the stone to get it back to a usable state. 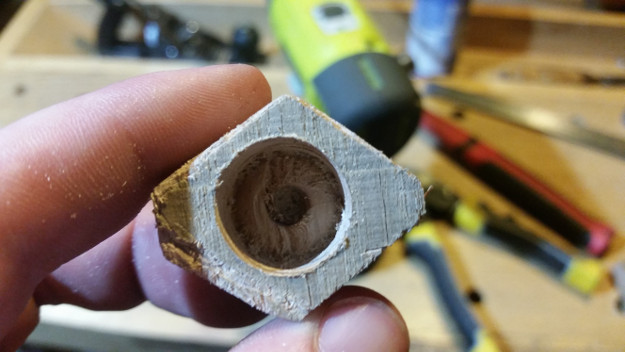 I ended up getting some spade bits for another project I was working on and used one of those to drill a hole that was a good fit on the existing handle. 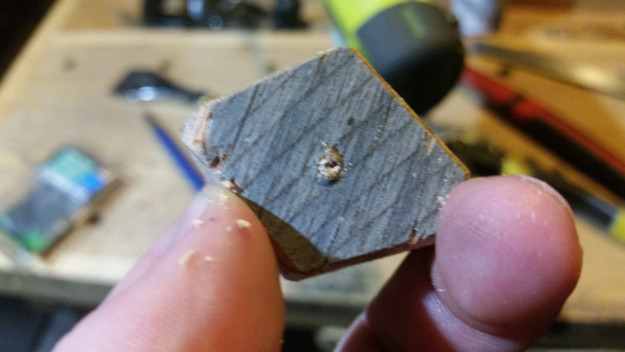 There was a little hole from the centre spike on the drill going all the way through. I grabbed some of the quite fine sawdust from drilling the hole and packed it into the hole from the inside. Then I dropped a little glue into it to hold the dust in place. Probably not needed, but I feel good knowing it's done.

I took the corners off the block to make it a little nicer in the hand. Probably not really needed again, but I thought it would be a nice touch. 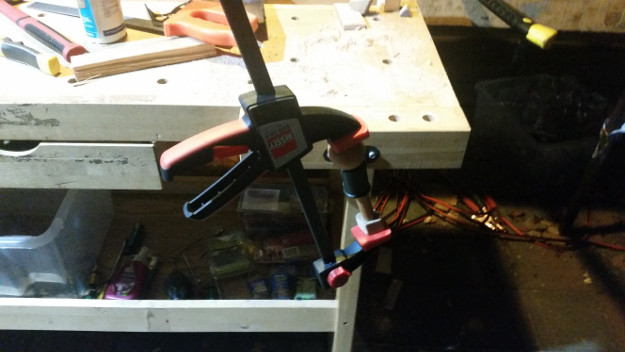 As I decided to glue the handle together I needed to make sure I didn't do that until it was mounted. Otherwise it would be a complete new handle. 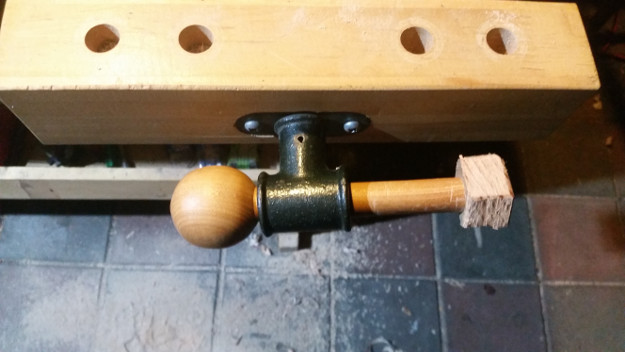 And here is the finished product. It works quite well and I don't have any problems with the relatively hard edges on the new block. I'm planning to make a nicer handle once I have the time/skills to make a really nice one. But it's also true that there is nothing as permanent as a good temporary fix.

I've got another couple of things I've made on here to get up so keep an eye out for those soon.