Good to have a problem fixed

Well, we were here again. 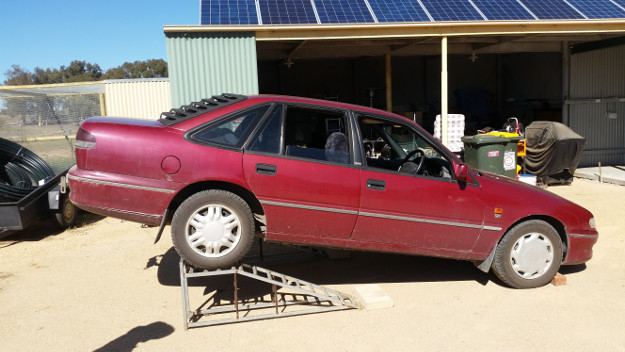 Read more: Good to have a problem fixed

It's not dodgy if it works right? 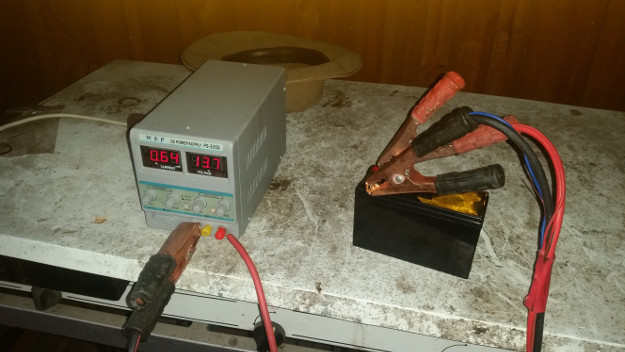 Beginning to put the LR Hubs back together

I've finally gotten to the point where I can start putting the hubs back on the Land Rover Front Axle. But first I needed to fix the passenger side leaf spring. The pin that goes through the middle of the spring pack had shorn off at some point in the past and the axle was shifting around whenever you went over a bump. To fix this I just lined up all of the leaves. Some persuasion with a hammer was required to get all of the leaves to line up properly, but one they were lined up I could put a new bolt in. 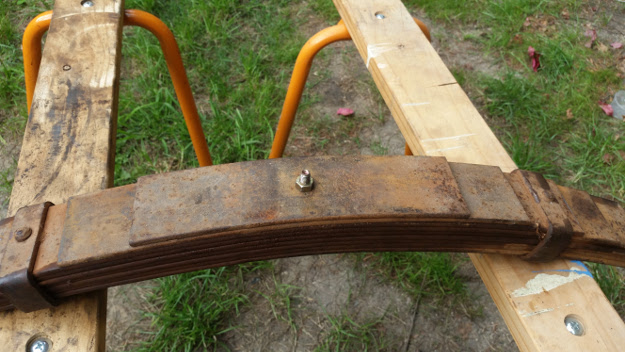 This bolt was only just long enough to get the nut on to start with. This left me with the problem of the rest of the bolt hanging out the bottom. The best solution for this is to cut it off with a grinder. I do have an electric grinder and being battery powered it is very convenient. However I haven't been having much luck with the battery life on the small battery I have. I think this is largely down to the cheap discs I've been using with it. However this was a very good excuse along with cleaning up the housings and so on for getting a pneumatic grinder. While I was at the shop I also got some really thin cutoff discs. 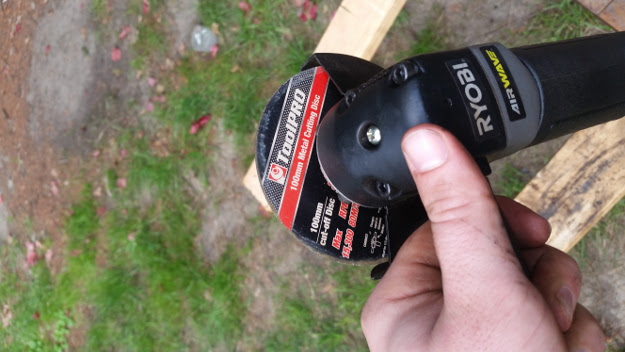 With the air tanks charged fully and the new cutoff disk this thing is a beast. It cut through the high tensile bolt like butter. Unfortunately I found that if I'm running this for a while. Such as cleaning up parts with a wirewheel it uses more air than my compressors can supply so frequent breaks are required to keep full power.

I'd read online that you're supposed to take a hammer and peen over the end of the thread on the bolt so it can't come undone. 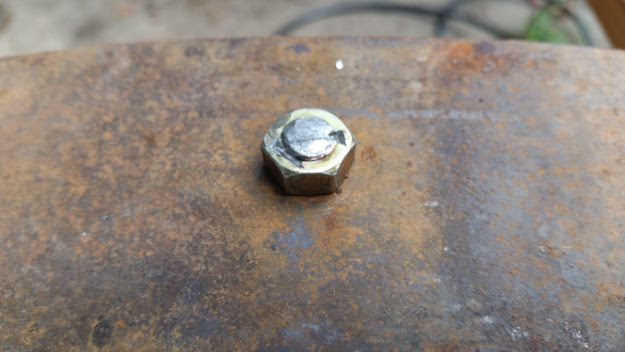 That should be bashed enough now. 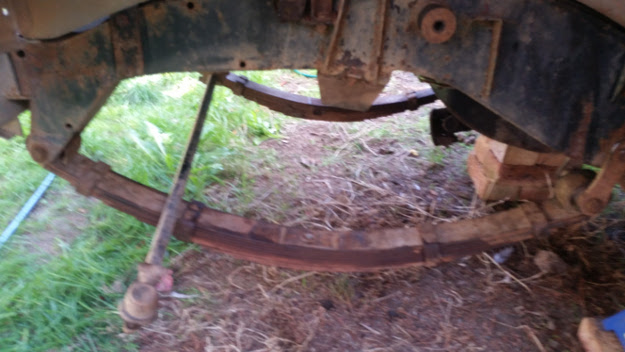 And here we are, mounted in place. 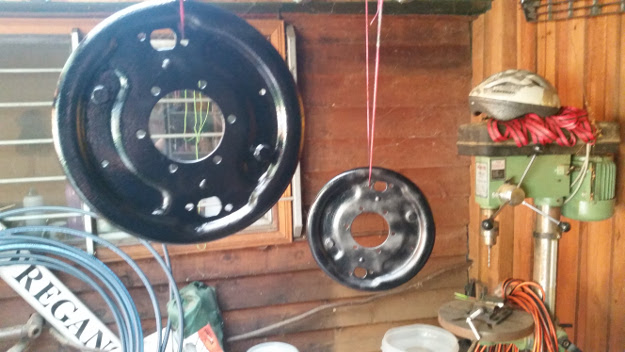 The same afternoon I cleaned up the brake backplates and started to spray them. I got them started before I finished everything else so I could keep getting the paint on them with fairly thin coats wet on wet. The paint is a caliper paint that will hopefully be a bit more resistant to brake fluid that I spill while bleeding the brakes out.

While I was on a roll I got the axle mounted up in place. 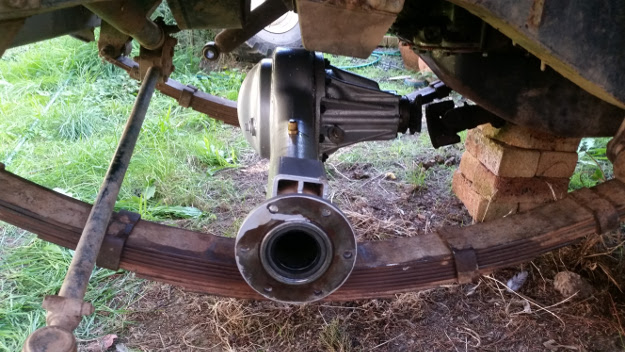 Then to get a bit further on I put the swivel ball back on. Yes I did clean up the paint dribble on the flange face. 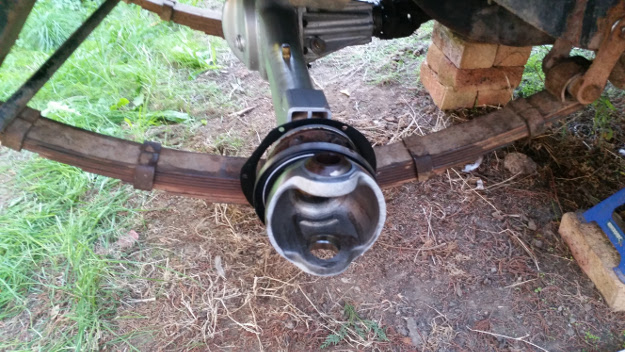 That was a very productive afternoon. The pace has slowed a little since but keep an eye out for more updates.

The other Saturday at Zig Zag we were able to move one of our wagons into the workshop to begin preparing the wagon for taking some of the scrap from the fire out from the workshop. I was on site and managed to get some footage of it.

It doesn't look like a whole lot happening. However this is the first shunting movement we have made in a long time and we were able to just get the paperwork done, then do it. This is a huge step forward and is a sign of us getting closer to being able to run a railway.

Also, in other news I have just added https to this site with a redirect from normal http. If there are any problems please let me know either in the comments or email postman at buildandfix.info