Land Rover in the snow

With the cold weather we had here the other week I thought that I'd see if how the Land Rover starts in cold weather. Apparently well enough it seems. However without a heater or driving gloves I got too cold for it to be much fun before long.

Here are some pictures to prove that it will start and run in the cold.

This page is primarily notes for myself so I can keep track of what I've been thinking with the wiring for the Land Rover. But others may have useful insights or just be interested, so I'll leave this here publicly available.

I've got to remove the firewall/bulkhead from the car to patch the holes in the footwells. Doing this will require most of the wiring to be disconnected so I figure it'd be a good time to put new wiring in for everything that will need it and replace the existing wiring that has been a bit hacked up and generally worn out by previous owners. With that in mind I need a list of things that need to be wired up and this is it below:

Ok, that is a pretty big list, particularly for what is supposed to be a simple car. But that list does have in it many things that I am planning to do, or want to leave open the ability to do later If I choose to go down that path. Anything that isn't going to be used immediately will get the circuit that it needs, and I will probably run a wire to where it needs to be eg. an electric fan will need a wire near the radiator. Once I've run the wires I'll terminate them with some kind of waterproof plug so that the cables don't get damaged before I need to use them.

I may add to this list and I'll need to come back to fill in current handling capacity so this page will get a few updates before it's done.

A project that I've started working on recently is to restore this old His Masters Voice AM radio that I've acquired. This is a big difference to what I've been familiar with and have been working on so it should be an interesting project. 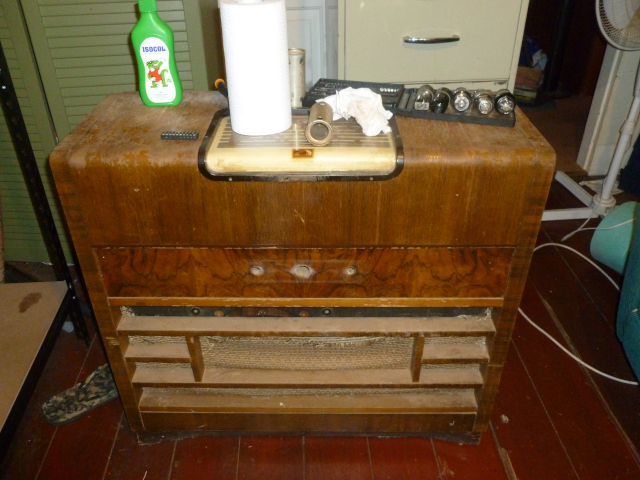 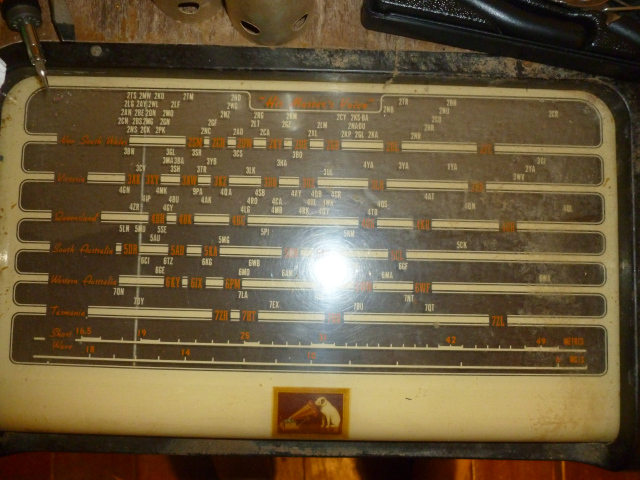 This is what I've got to work with, the cabinet could do with a bit of work. Some new varnish, new speaker grill, etc. but for starters I'm going to work on getting it functioning, then get it looking pretty. 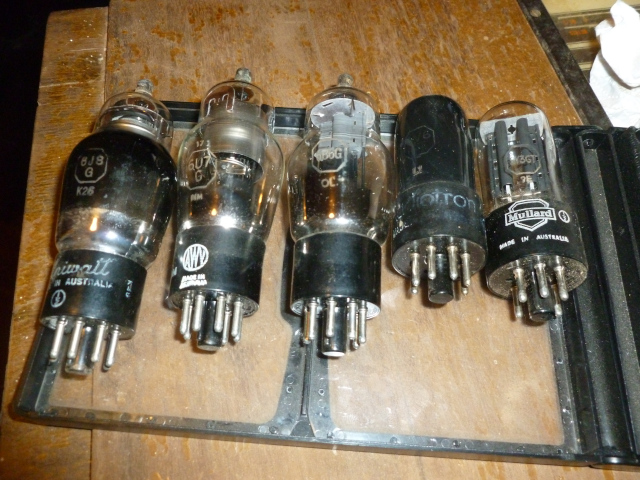 The valves all seem to be in good enough condition after cleaning the dust and filth off them. 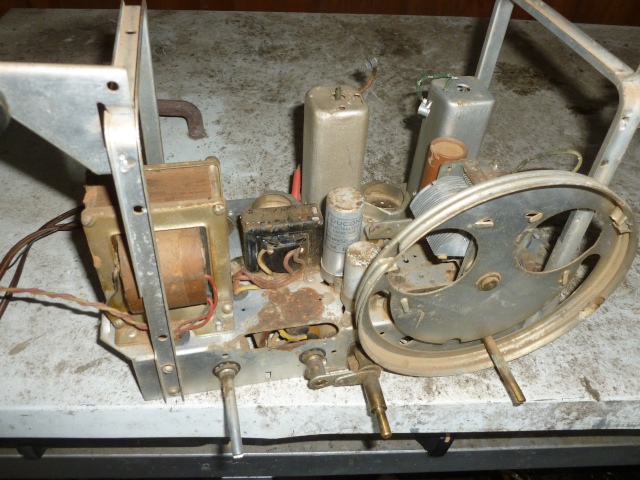 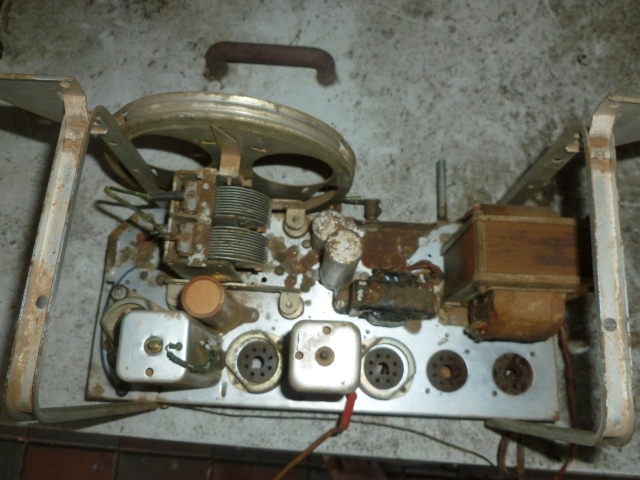 The chassis is a bit rough looking, but apart from some wires with failing insulation seems to be in good enough condition. There are no obviously damaged capacitors so this could be a goer.

I ended up plugging this in and to my surprise, the tube heaters started to glow, there was a faint smell of hot dust and the speaker slowly came to life. After that initial proof of concept I wanted to replace some of the wires with faulty insulation, having done that the speaker now no longer sounds and it smells a little hot, though that could just be normal. Not sure yet.

Unfortunately as I need to move house soon I've had to shelve this project. I've put it into storage at the new location and will track down the fault once I've been able to get a work space set up for electronics work.

Sometimes a job comes up that needs to be done and the quality of the work doesn't need to be that high. A perfect example come up over the weekend, I'd pulled out the spare tire in the little Mazda 121 to clean the boot nice and thorough cleaning and I found this: 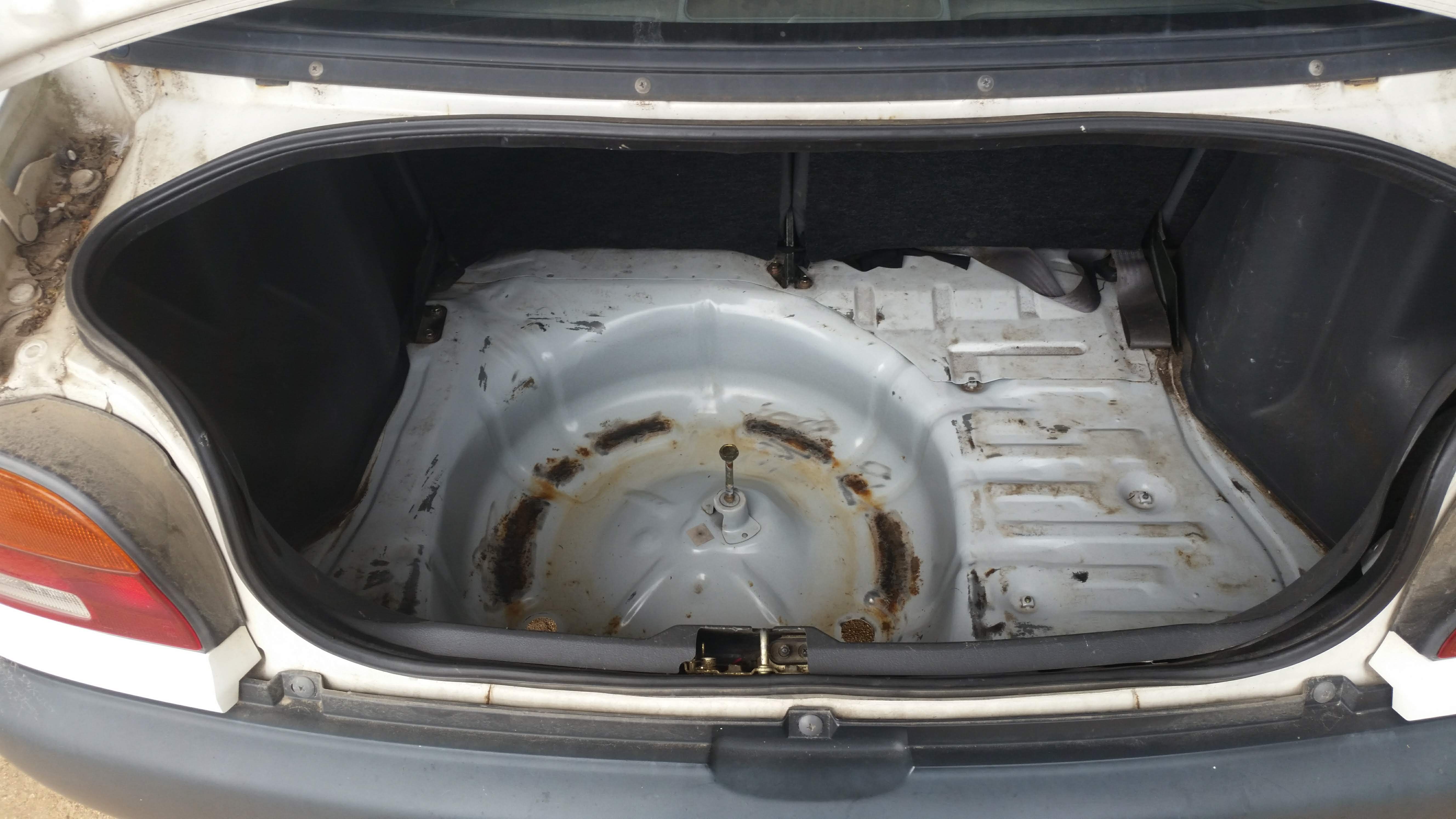 It turns out that water's been leaking into the boot and collecting in the spare wheel well causing some minor rust. To stop this getting any worse and causing major problems I decided to put some fresh paint on. If this was a good car the way to do this would be to pull all of the plastic out of the back, mas off what can't be removed and paint with a white topcoat. 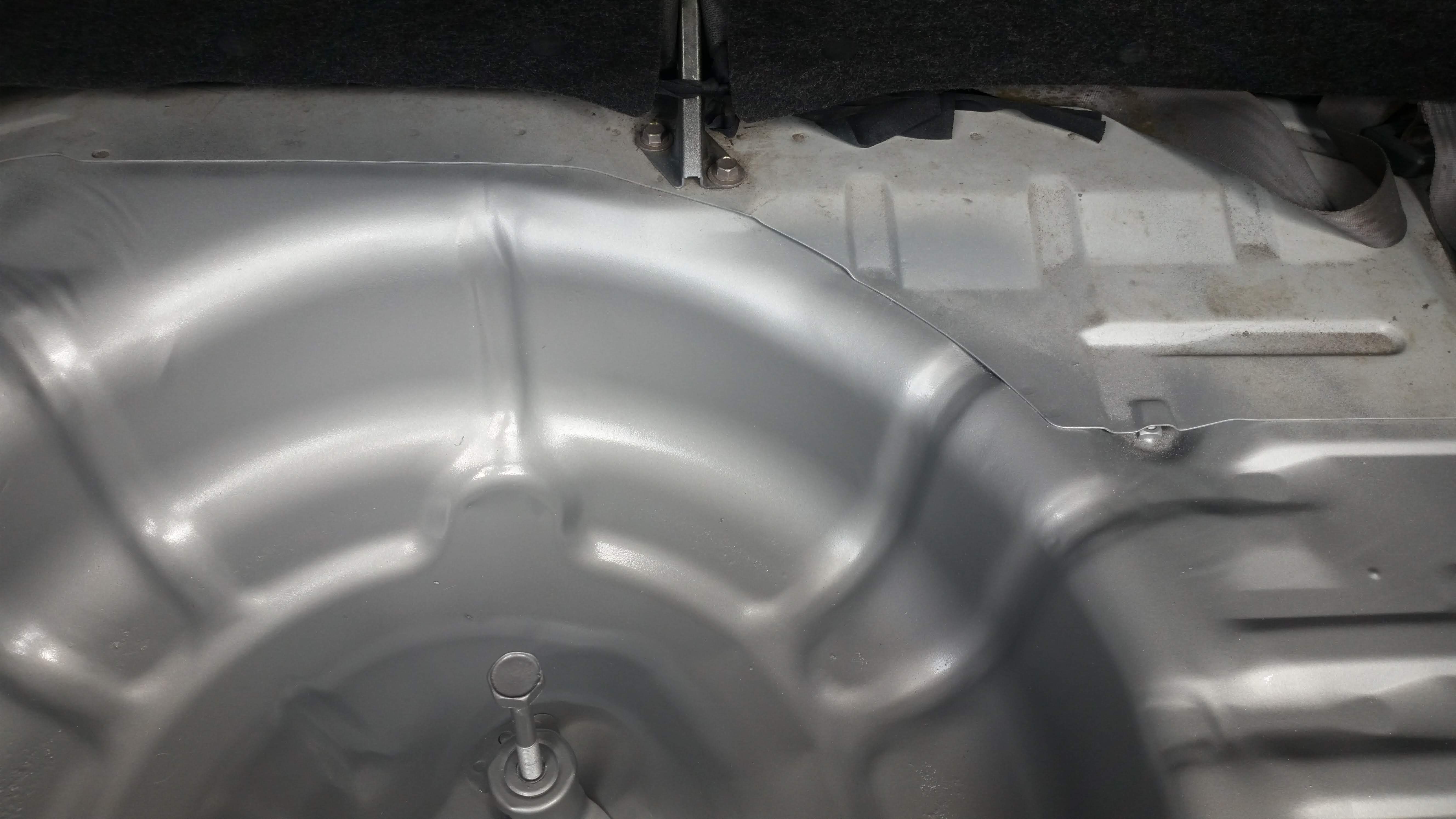 The colour doesn't match perfectly and there is some overspray if you stick your head right in. But there won't be any problems with the well rusting out for the rest of the lift of this car, and that's all this job was about.