Well now I know why the brakes didn't work

This weekend I got some good progress on the Land Rover. One of the things I've worked out that has been hanging over my head is the brakes. I've reassembled the brakes on the front axle enough to test for leaks in the system. 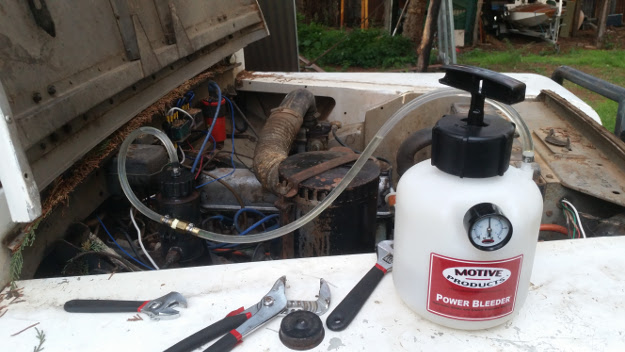 This was my setup. A pressure bleeder with the brake fluid I had left in it, pumped up to 14-15psi as per the owners manual. However the pressure would bleed down slowly. Maybe 1psi every couple of minutes. With no leaks between the pressure vessel and the master cylinder it had to be leaking somewhere else. 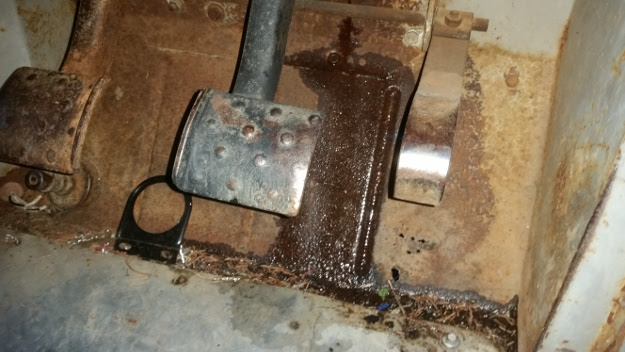 Turns out this is where it was coming out. It seems to be coming down the link for the pedal then dripping from the linkage onto the floorpan. Looks like I'll need a new MC. I'd been hoping that I wouldn't have to replace this as it is very awkward to get to and all of the screws seems to be plain steel and locked in tight by rust. At least I will have some time to read up on how to remove the MC and soak the bolts before the new one arrives.

Keep an eye out for another post soon with the other stuff I've been working on over the last weekend soon.