More leaks on the Land Rover

I guess I shouldn't really be too surprised, but I've found another leak on the Land Rover. This time in the transfer case which could explain why it is so noisy when spinning. Although that could also be just the way these cars were made. It does definitely explain why the handbrake doesn't work though. 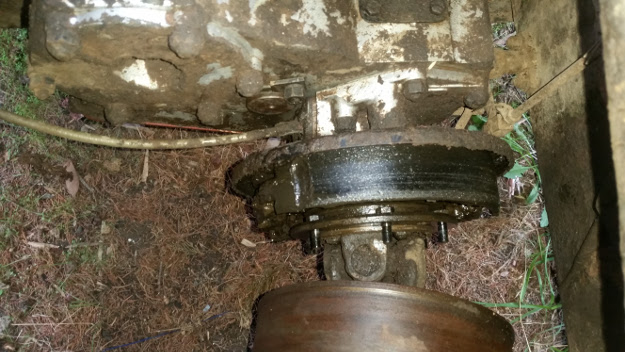 This is the handbrake with the drum removed. On these old Landies rather than having separate handbrake shoes on each rear wheel or a cable actuator for the brake shoes on the rear they have put a separate brake drum on the back of the transfer case. This normally isn't a problem except the output seal on the back of the transfer case has a habit of leaking which then fills up the brake until it is full of oil and no longer works. 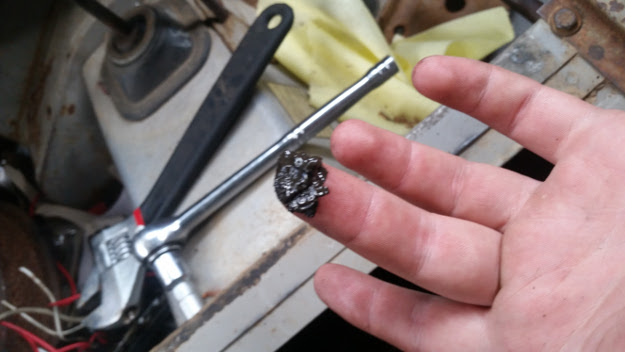 This is some of the gunk that is caked on the shoes. I'm starting to think that I will need to get a pressure washer in here to clean everything up a bit so I can see what I'm doing as the cans of degreaser aren't really doing much.

At least the front axle is nearly finished so I will still be able to move around with the rear prop-shaft removed which is needed to work on this brake.