Getting back into elecctionics finally :D

Last night I finally got some time to get some prototyping done. I figured that I should start with a regulator circuit so that I have smooth power for using with op-amps. I will build a more efficient and permanent supply when I need it a bit more but using what was on hand I have a half reasonable output from this hobby train controller that was sitting in the garage. 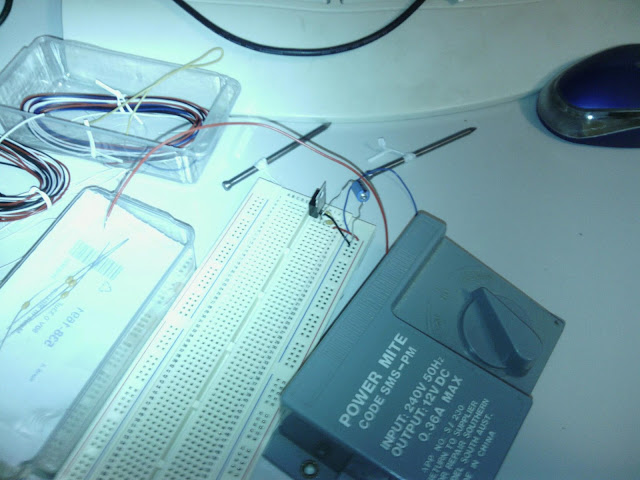 Just about to start work on the triangle wave generator from this page.
Stay tuned.
Cheers,
Rex
EDIT: Just finished compiling LFS on my server so I should have more time to work on this.

Finally back to this blog...

I know it's been a while since I've posted but after just finishing my voyage on STS Young Endeavor and now I have some more drive to get some cool stuff done. I've almost finished compiling LFS on my server so soon I'll have some more free time to work on stuff and I've just ordered an AVR programmer and some op-amps from adafruit.com so when they arrive I'll be atarting to get some projects happening.

While I was having an amazing time at the 23rd Australian Scout Jamboree I had a chance to get my Amateur Radio licence. This means that soon there should be another pile of radio related posts coming soon. Here's a little block digram I did up to help me work out the best way to connect the ADC(s), RAM and CPU. If anyone out there has any suggestions please leave a comment.