So I've been trying to improve the look and feel of the house recently. Over the last few days this has meant removing a bush and a tree stump. The stump was in the way of some new garden edging I will be putting in and the bush was in the way of one of the 2 on street parks we have.

Here is where the bush was, it may be hard to tell but you couldn't get into that car without fighting through a large spiky bush. Now we just need to fix the car or move it so that we have 2 useable on street parks. 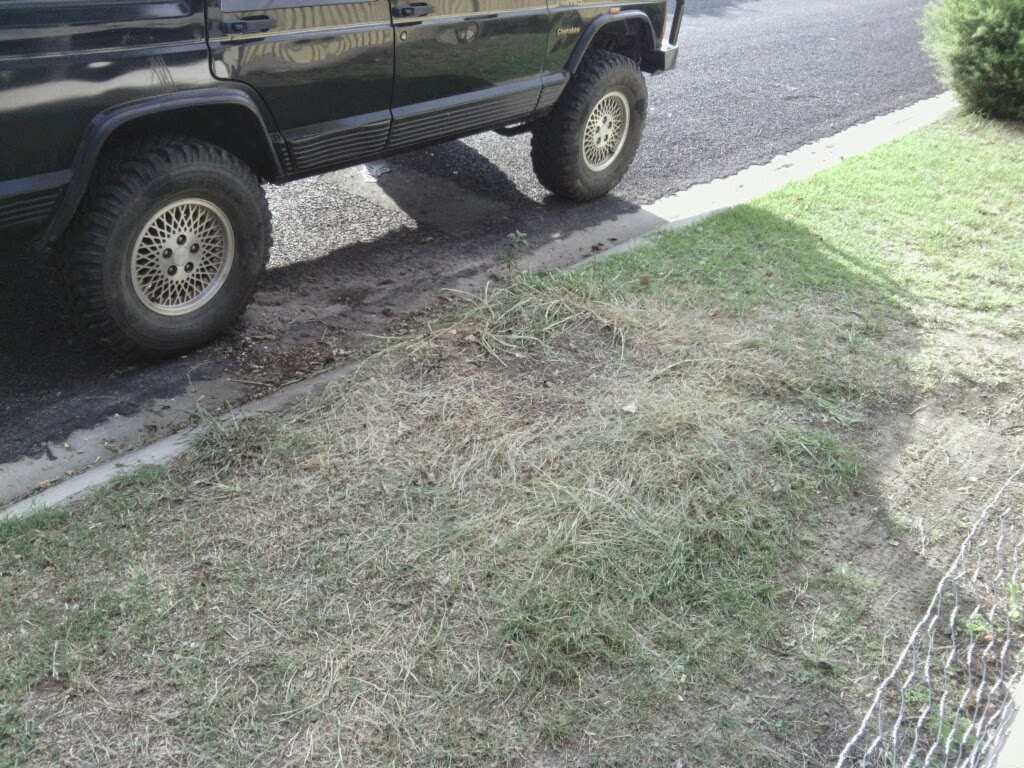 Here you can see where I was at today at lunch, the stump is out after much cursing and gnashing of teeth. As you can see from the size of the hole the roots were not insubstantial. Just need to fill it back in now. 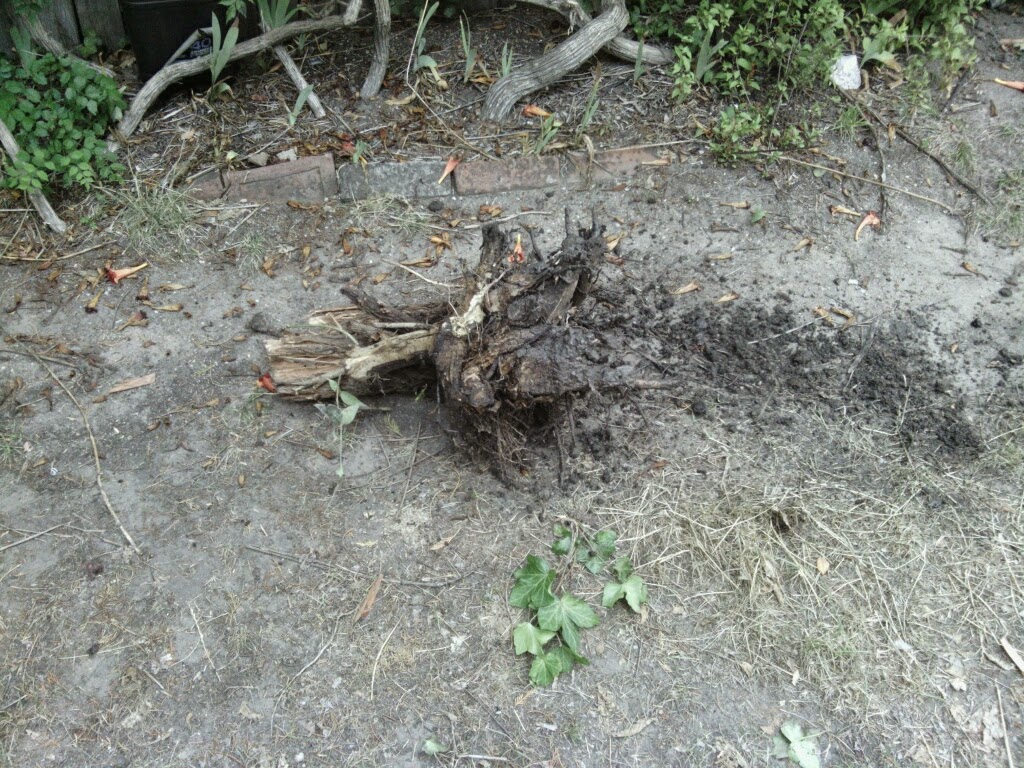 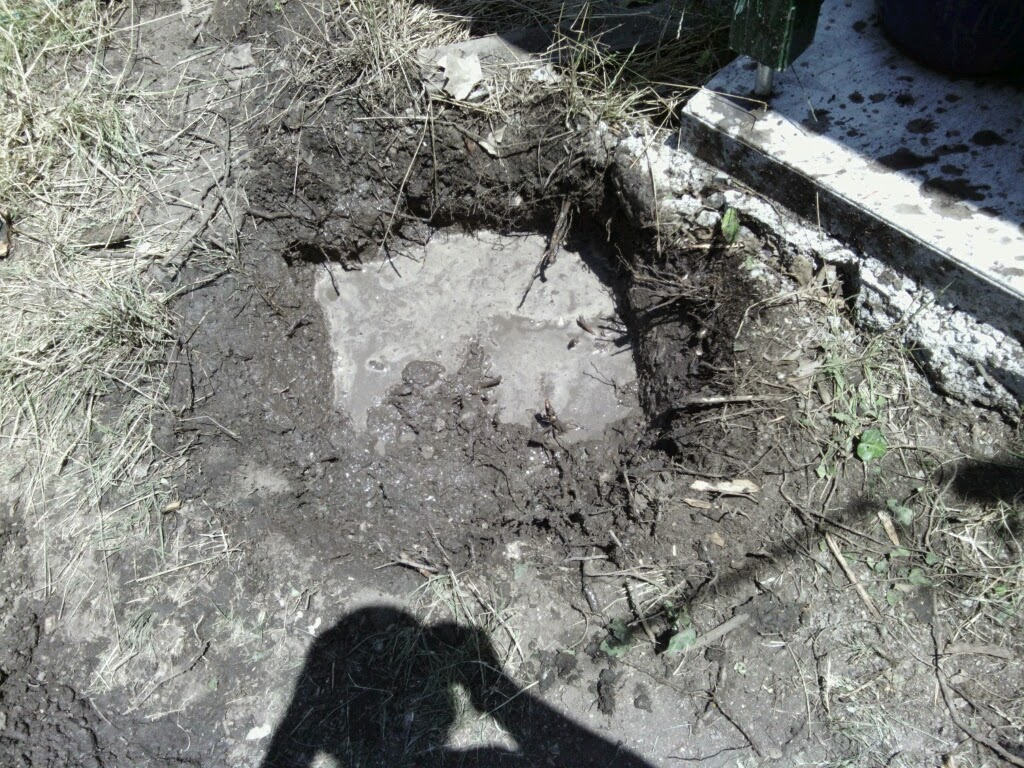 And here it is all nice and filled in, not very neat yet, but once I finish putting the garden edging I'll make it a bit neater. 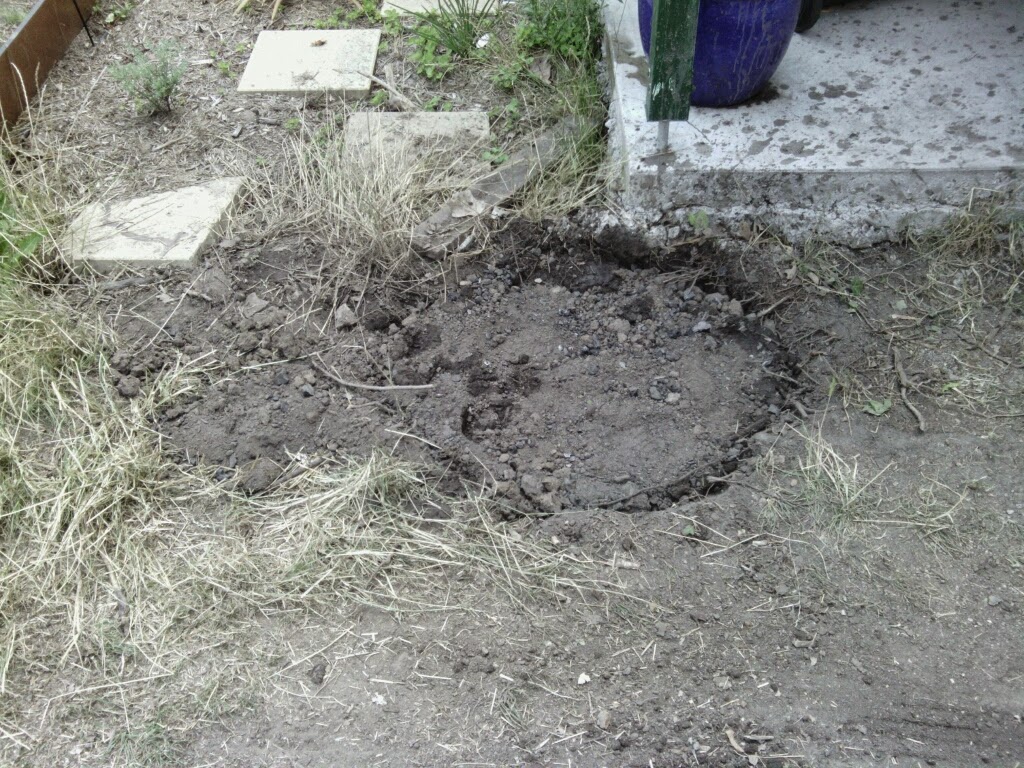 I'm sure most of this isn't very exciting but it's better than work.

Last night I finally got a chance to finish soldering up the X axis motor leads. I had to cut the original soldering I'd done as 3 of the 4 leads were wrong (Not quite sure how that happened) I confirmed what the connections should be, then tested with jumper leads in case I got one pair backwards.
It all worked first time so I soldered it up. 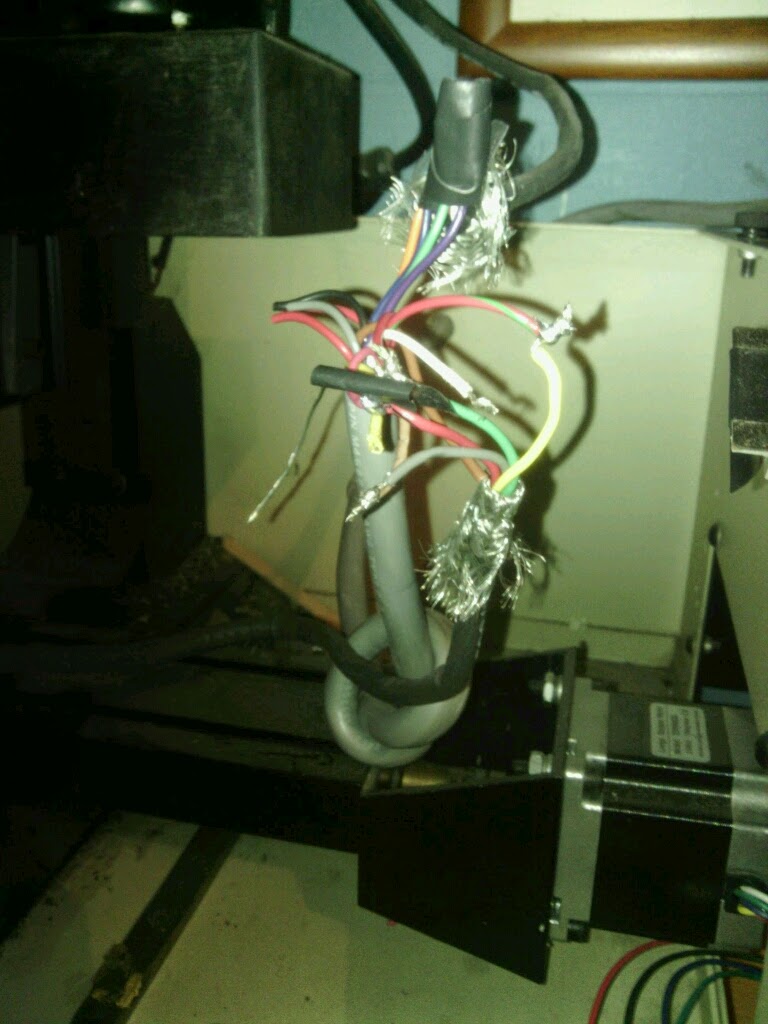 It's not pretty but it works and for now I just need it to work so I can finish this. I tested again(Learnt my lesson... for now) and taped it up. 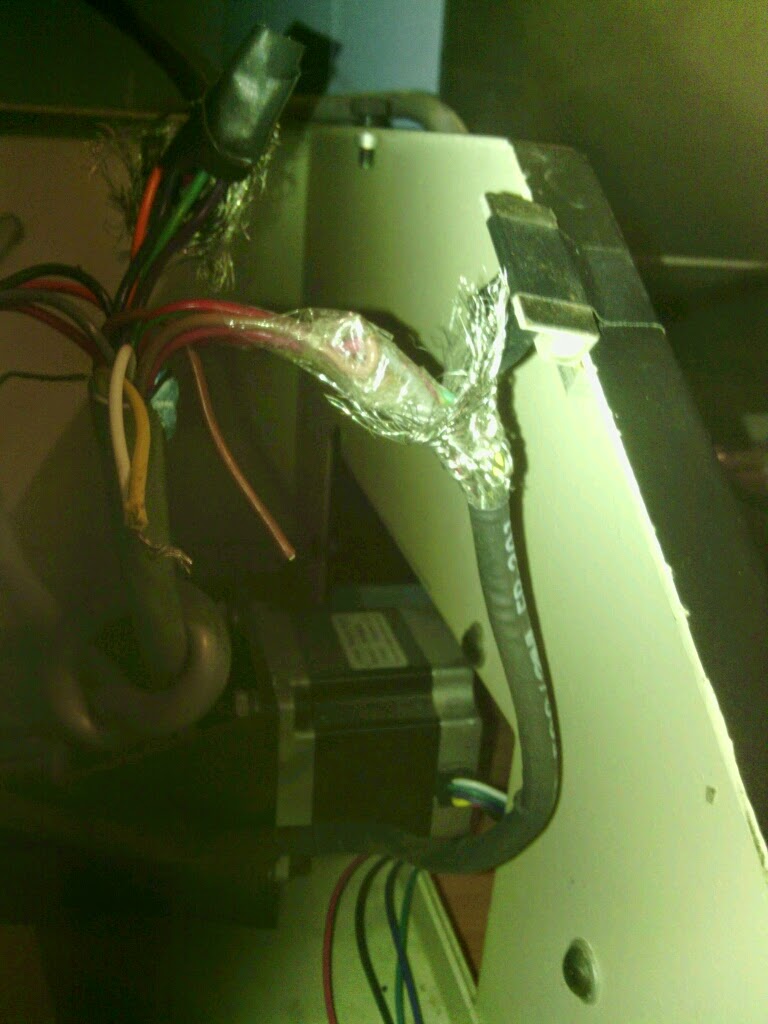 As you can see I have cheated a little and am just using sellotape. I know it's not really intended for this use but the electrical tape I have is rubbish and doesn't even stick to itself, let alone the wire.
Next will be the Z Axis, hopefully soon.
Cheers,
Rex

I spent most of the day working on the Class D Amp. I got a roughly sawtooth oscillator based around a 555 timer going after I sorted out some problems with power supply filtering. I then added in a buffer amp stage to make sure I wasn't going to be loading up the oscillator, after going through the buffer the waveform was a little mangled but I pressed on.

I then tried to put a PWM stage with the output from my iPod and the buffer stage. In the process of doing that I managed to knock some critical wires loose and spent the next few hours trying to work out what had changed to stop it working. During this process I realized that even with all of the capacitors in my collection in use there was still ripple on the power rails in time with the bottom of the sawtooth. The other thing I realized that to get the PWM working with Audio frequencies I'm going to need to up the frequency.

To solve the first problem I'm going to go into Jaycar tomorrow and pick up some LM7905's if they have them and  possibly some generic BJT's in case I need to make a constant current supply for the Sawtooth oscillator.

To solve the second problem I have just substituted a smaller capacitor in the oscillator. This has definetly increased the frequency by an order of magnitude; so hopefully that problem has been solved.

If anyone wants some diagrams or pictures of my setup let me know in the comments and I'll put some up.

I know it's been a while since my last update, I have been quite busy moving out of my parents house.

I have just bought 6 of these and 1 of these packs.

I'm pretty sure that the current motors on my CNC's are NEMA 17's but even if they are not I can buy or make some kind of alternate mounting plate or just use them for a 3D printer if I can't make it fit.

In other news having moved out I don't have anywhere to put my HF antenna but soon I should be able to get my 2m rig online from inside so I won't have to go out to my car to talk to someone.